Bob Kingston, the Agriculture Union’s Past National President, has been recognized for his lengthy and impressive service to our union with a Life Membership in the Public Service Alliance of Canada.

Bob was first elected our National President in 2008, after many years of activism at the Local level with both our union and the PSAC. Elected twice more to our union’s highest office, he stepped down in 2017, having piloted the Agriculture Union through the challenging years of the Harper government. Union activists remember Bob’s skilful use of media and grass-roots fight-back campaigns to successfully confront the Conservatives’ attacks on our members’ jobs and benefits.

A Vancouver-based inspector with the Canadian Food Inspection Agency, Bob’s union activism reached back to the beginning of the1980s. Over the years, he served our Union in a number of increasingly-responsible positions: President of Vancouver Local 20044, Regional Vice-President for Western British Columbia and then National Executive Vice-President.

In recognition of leadership that extended beyond our own union, Bob was elected Alternate Regional Executive Vice-President for all Public Service Alliance of Canada members in British Columbia at the 2003 PSAC Convention.

Among his many accomplishments, Bob will assuredly be most remembered as a tenacious health and safety activist. Over more than 20 years, he tirelessly agitated for safer and more secure workplace conditions.

Starting as a Local health and safety representative, Bob served as an appeal representative and member education facilitator for both the Agriculture Union and the PSAC in the B.C. region. As a national officer, he sat on various Departmental Health and Safety Policy Committees. In the years before his retirement, co-chaired the public service-wide Occupational Health and Safety Policy Committee on behalf of all the federal government unions.

Bob can indeed be proud of his impressive union career. His recognition by the PSAC is very well deserved. Congratulations Bob! 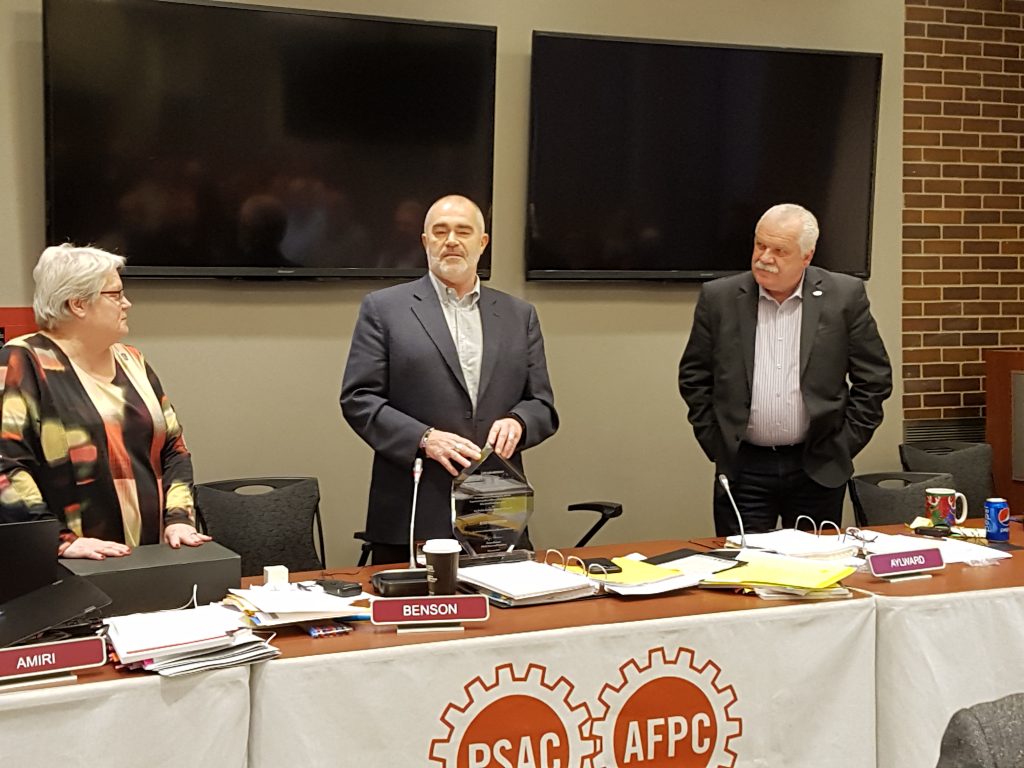 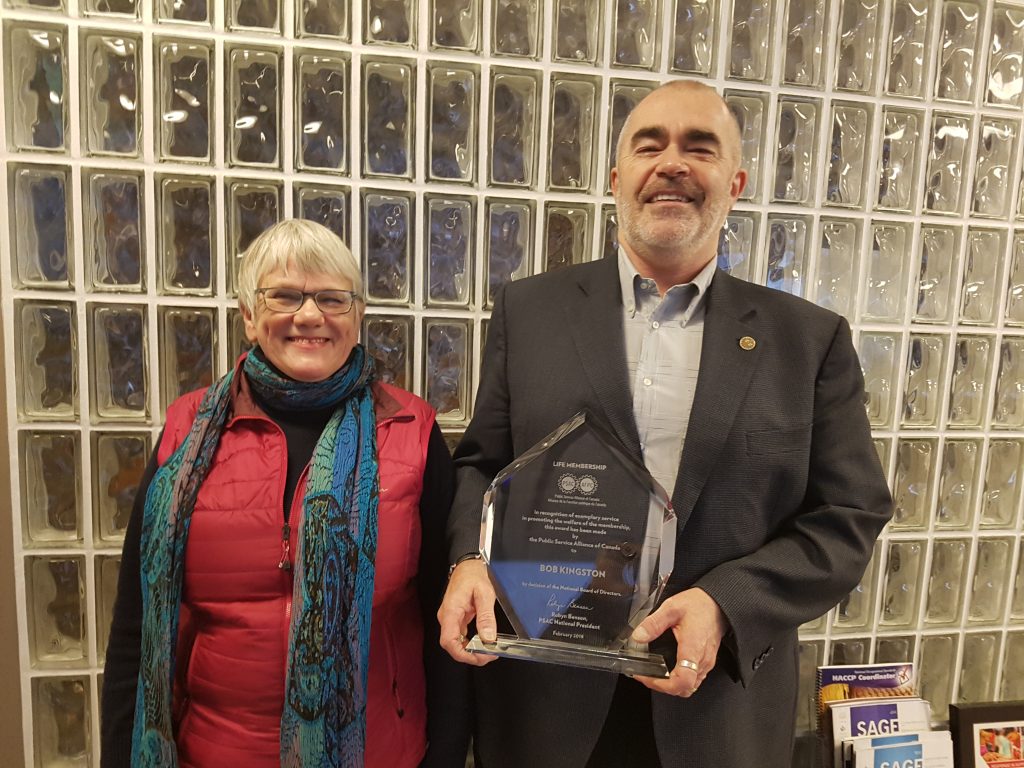